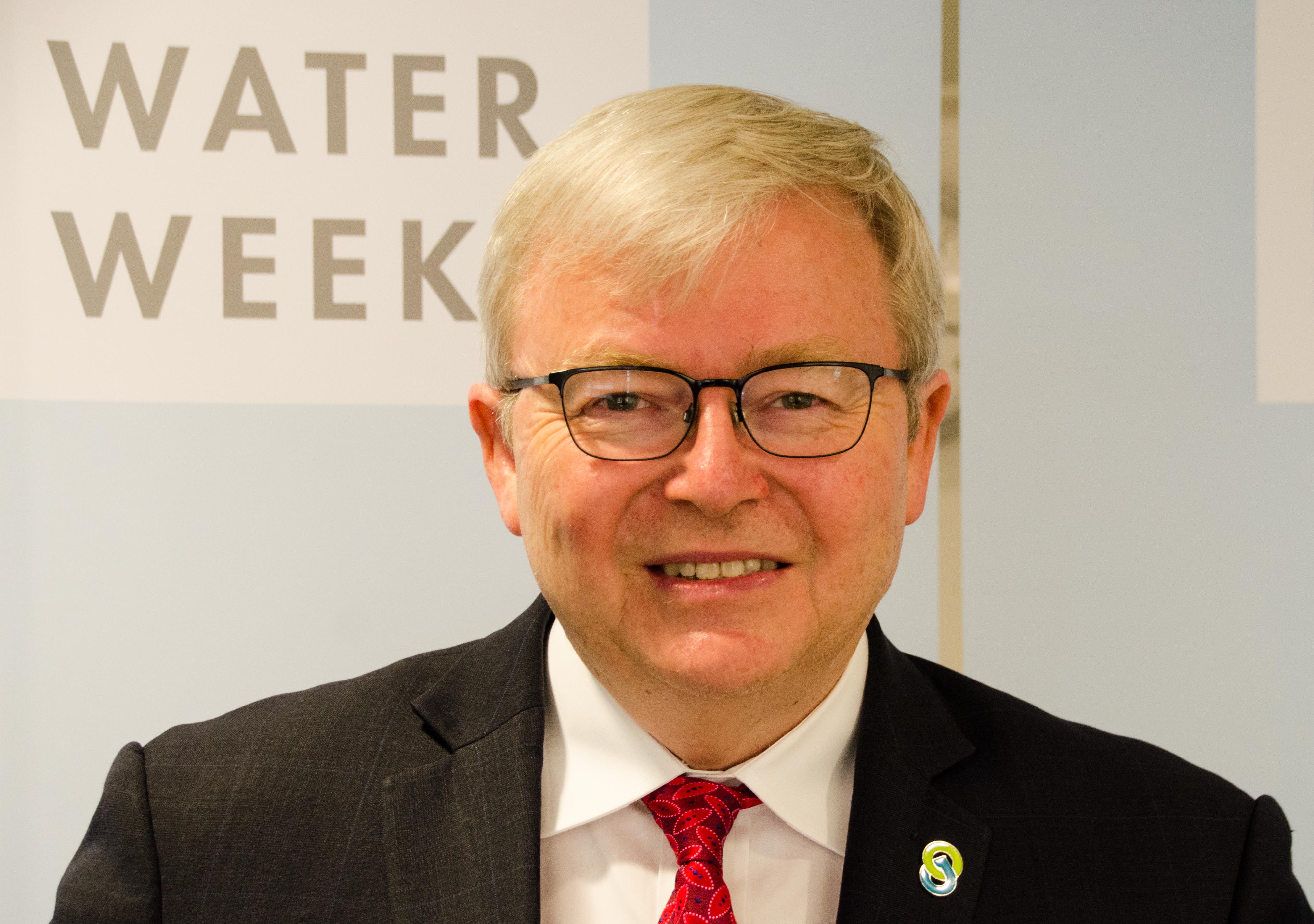 STOCKHOLM, Sept. 8(Greenpost)–Kevin Rudd, former Prime Minister of Australia and current Chairman of Sanitation and Water for All has said that all sectors should help invest in solving sanitation and water issue which is fundamental for achieving the UN 2030 SDGs.

The interview was done by Xuefei Chen Axelsson on Aug. 30  at the 2017 World Water Week in Stockholm.

Mr. Rudd talked about his relations with water and sanitation from childhood, government level and international level.  He said that to achieve the SDGs, it needs all sectors’ joint efforts because water and sanitation sector is a relatively weak one which indeed needs much more attention and efforts.