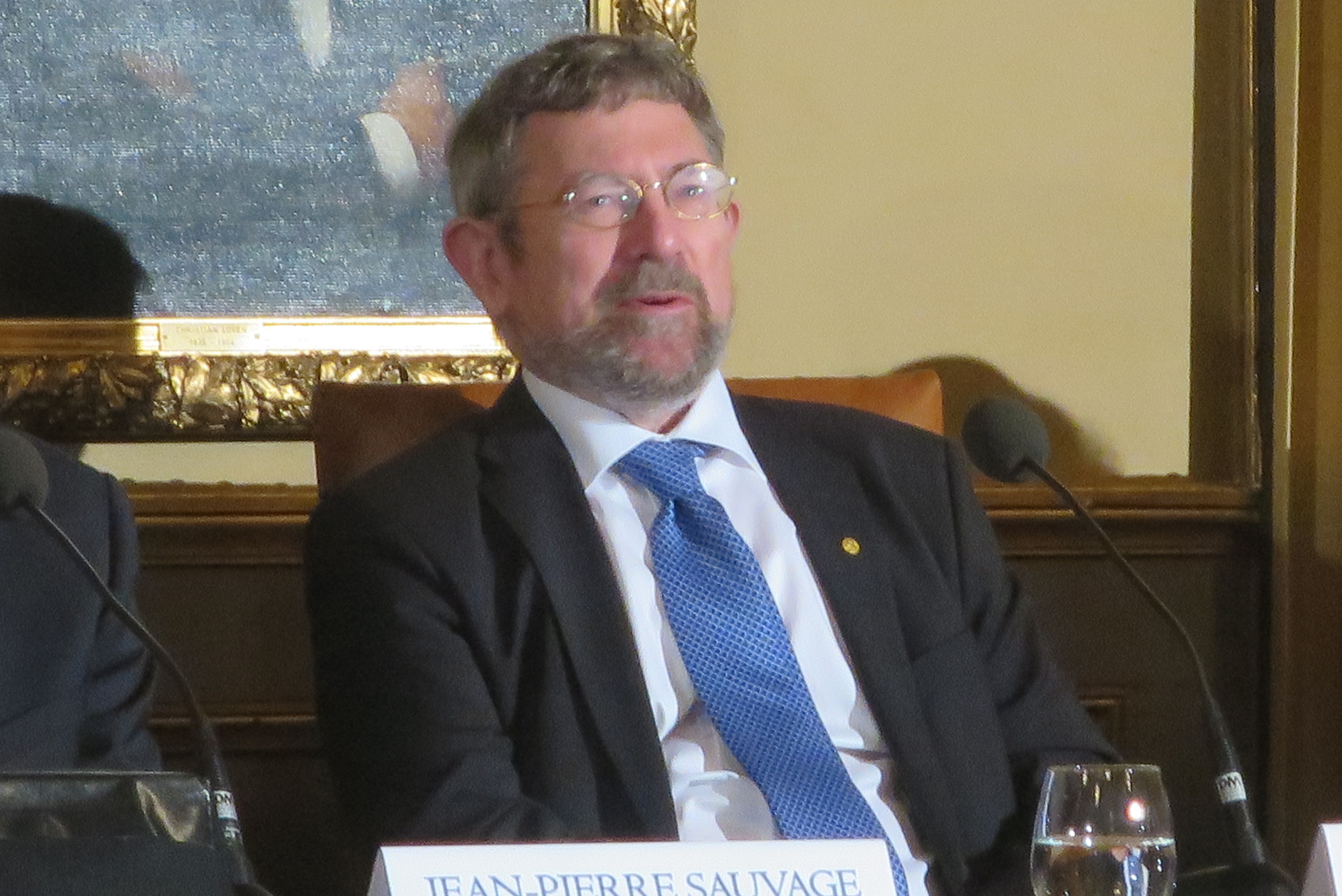 Your Majesties, Your Royal Highnesses, Esteemed Nobel Laureates, Dear Colleagues in the International Community of Scholars, Ladies and Gentlemen,

Physics is a human activity, and like all such activities it evolves in the context of historical, geographic, and linguistic settings. Nonetheless, the central results of physics – natural laws – transcend these barriers. They are the same today as they were at inception, and they will also be valid in the future. They are the same here on earth as on the exotic planets that we now know are orbiting distant stars. The laws of physics are universal, and they are formulated in the language of mathematics.

This extraordinary universality is closely connected to fundamental properties of space, time and matter, which are reflected in the form of symmetries in the laws of physics. A branch of mathematics used to describe symmetries is called group theory and was substantially developed during the 19th century. Only later did this mathematics turn out to be an indispensable tool in the new quantum theory that revolutionised physics during the 20th century.

The role of group theory in quantum mechanics is but one example of how major scientific breakthroughs often require a new language. And since the language of physics is mathematical, breakthroughs in physics often require new mathematics. Newton developed the theory of derivatives and integrals at the same time as his mechanics, and Einstein formulated his general theory of relativity in terms of the then contemporary mathematics of curved spaces, which was unfamiliar to physicists.

Mathematical language is abstract, but it has two major virtues. A mathematically formulated theory is quantitative and can therefore often be used to in detail, and with high precision, explain and predict the results of experiments. Mathematics is deductive, so mathematical arguments can be used to predict the results of future experiments – the discovery of the Higgs particle is a striking example. Deduction is indeed an important tool in all the sciences, but it excels in theoretical physics.

Many philosophers, physicists and mathematicians have marvelled at the astonishing ability of mathematics to describe nature. In a famous essay,Eugene Wigner called this “the unreasonable effectiveness of mathematics”.

This year’s Nobel Prize in Physics rewards contributions to theoretical physics that are examples of precisely this unreasonable effectiveness. By using new concepts taken from the branch of mathematics called topology, the 2016 Laureates did two things. First, they explained striking observations and second they made theoretical discoveries, that is, they predicted new phenomena that were observed later. Topology describes the robust properties of objects. Topologically, an egg and a football belong to the same category – the category of three-dimensional objects without holes. But a doughnut, along with a wedding ring, belongs to the category of objects with one hole. The number of holes, which is always an integer, is an example of a topological invariant.

Quantum mechanics was born as a theory of microscopic objects: individual atoms and molecules. But it also soon came to be used in order to understand the usual phases of matter: gases, liquids and solids. Superfluids and superconductors were also added to these. Here, too, symmetry concepts proved extremely important. By studying symmetry properties, Lev Landau was able to classify possible phases of matter and describe the mechanisms of the transitions between them.

This year’s Laureates showed that Landau’s classification of the phases of matter was incomplete – there are additional so-called “topological phases” with characteristic values for different topological invariants. With the aid of topology they also showed how one can explain observed transitions between different phases of matter that should not be possible according to earlier theory.

It often takes time before new concepts, and new ways of thinking, have an impact. But during the past decade, research in the “topological phases of matter” has virtually exploded. Today’s young physicists work with topological concepts as self-confidently and skilfully as earlier generations have done with derivatives, symmetries and geometry.

Not only have this year’s Laureates made important special discoveries but in addition – and perhaps most importantly – they have set the stage for a new way of describing matter. They have given us a rich mathematical language with deep and beautiful abstract concepts. But in the natural sciences, beauty is not enough – mathematics is full of beautiful results. Truth is also necessary. This requires experiments and measurements. The theory of topological matter has passed this test with distinction. It combines truth with beauty. This is theoretical physics at its best. 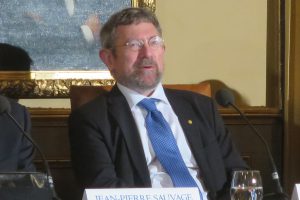 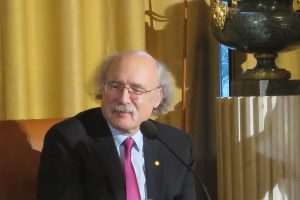 Professor Thouless, Professor Haldane, Professor Kosterlitz:
You have been awarded the Nobel Prize in Physics for “theoretical discoveries of topological phase transitions and topological phases of matter”. On behalf of the Royal Swedish Academy of Sciences it is my honour and my pleasure to convey to you the warmest congratulations. I now ask you to step forward to receive your Nobel Prizes from the hands of His Majesty the King.