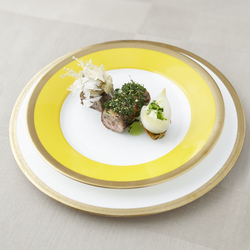 by Stig Ramel
Executive Director of the Nobel Foundation, 1972-1992

Every year since 1901, Alfred Nobel has been celebrated on the 10th of December, the date of his death. Simultaneously, the year’s Nobel Laureates are honored.

Without giving expression to it, one feels here traces of western cultural roots in Greece and Jerusalem. Death and Resurrection are the chief themes in Greek mystery plays and in the Christian religion. December 10 is the day Nobel died, but also the day of his resurrection through five Nobel Prizes, which represent the core of his life. For most of the audience at a Nobel Prize ceremony – researchers and scientists, educated and trained in rational thinking – it probably would seem rather shocking if someone pointed out that they actually are participating in a mystery play.

During almost 100 years that the Nobel Foundation has been responsible for the festival, certain years have been especially glittering. In 1950, a fiftieth anniversary was celebrated: it was 50 years since the Nobel Foundation’s beginning – a child of the new century. Similarly, a jubilee was celebrated in 1975. The 90th anniversary was not celebrated in 1990, but instead in 1991, shifting the focus from the Foundation’s beginning 1900 to the awarding of the first prizes in 1901. At the same time, it was decided that a special celebration should be held each decade, and it is therefore that 2001 is going to be the centennial jubilee.

This shifting of focus from the Foundation to the prizes is a logical adaptation to reality. It is not the Nobel Foundation’s capital of around 3 billion Swedish crowns which is its biggest asset, but instead the 700 individuals who have won prizes during the 20th century. The Nobel Laureates, their contributions to mankind, and the meaning the prize has had in their lives constitute the basis for the Foundation’s enormous goodwill-capital and explains the unique standing of the Nobel Foundation today.

The following story illustrates what I mean. While I was serving as Executive Director of the Foundation in 1984, I was contacted by a Japanese organization that represented both the government and the industry in the country. It had in mind launching a new scientific prize of considerable magnitude. They were anxious to learn how the Nobel Prize organization functioned and what regulations and criteria we followed. Over several months, the Foundation was visited by no less than three delegations from Japan, representing what was to become the Japan Prize. Each question was analyzed in minutest detail, and then my colleagues and I answered all the intricate queries, both orally and in writing. So when the last delegation, led by a venerable former Foreign Minister, was about to leave the Nobel building, and we were politely bowing our farewells, the Minister apologized for the intrusive and possibly impolite questions he had been obliged to pose. Members of his delegation, he continued, were exceedingly surprised by the openness we had shown and the generosity with which we responded to all their questions and desires. Then, precisely to the point, he asked if we were not worried about competition from the Japan Prize.

After a deep bow, I answered “No – there can never be a question of competition. We are, and will continue to be, 84 years ahead of you! Nothing can instantaneously create a tradition like Nobel’s. The Nobel Prize is part of our time’s history – of science, of literature, and of peace”.

The old Foreign Minister traveled home to Tokyo with his delegation, and when the first Japan Prize was awarded in the following year, the prize went to the Nobel Foundation as thanks for what Nobel means to science. It was a great honor and encouragement to have been able to receive the prize in a festive ceremony in Tokyo, a ceremony which was a beautiful Japanese version of our own. It seemed as well a reward of having been so open and willing to receive the delegations from Japan. The moral is: openness and friendliness pay off – at least if one represents Nobel!

Nonetheless, a few years later, we maintained a somewhat lower pitch. Before his reelection in 1988, France’s President, François Mitterrand, in collaboration with the Nobel Peace Prize winner, Elie Wiesel, invited the world’s Nobel Laureates to Paris for a conference to discuss the world’s big questions. The Nobel Foundation was invited to play the role of co-host, but we politely turned down the invitation. The conference took place in the Elysée Palace with great media attention. The domestic political overtones were obvious. Some years later, plans were begun for a new conference in Paris under the President’s and Wiesel’s leadership. I then flew to New York to meet with Wiesel and explained to him that a general mustering of all Nobel Laureates ought to occur under the auspices of the Nobel Foundation so as to avoid their being drawn into politics. I told him that the Nobel Foundation planned to invite Laureates to Stockholm and Oslo in 1991 and begged him to support the Foundation’s plans so as not to proliferate this sort of meeting. Wiesel understood the request and promised instead to organize a smaller conference on specific peace questions in Oslo. And so it came to pass. Mitterrand also adapted himself to the new plans. This event was the pivotal argument for going forward with a big celebration of the 90th anniversary and to repeat the arrangements each decade thereafter. Thanks to Mitterrand, we saw the danger in leaving the initiative to others.

The Nobel celebration in 1991 was a magnificent festival in the Laureates’ honor. 128 of them came to Stockholm and 17 to Oslo. They gave generously of their time and knowledge. An important part of the jubilee, the most important part so far as I am concerned, was the prize-winners’ participation during the Nobel Week in a large number of lectures, symposia, and discussions in Stockholm, Oslo, Uppsala, Gothenburg, and Lund. Through these, thousands of students, teachers, and research colleagues had the chance to be stimulated in their work by direct contacts with the world’s leading experts in their fields. But at least equally important was the opportunity for the various Nobel Prize committees to renew their contacts with the Laureates. Specifically, the prize-winners play an important role in suggesting new candidates for future prizes. For the committees, these persons are outstanding advisors.

However, the large number of invited guests from all corners of the world, in addition to the 128 Nobel Laureates of the previous years, meant that the prize-awarding ceremony at Stockholm could not be held in its traditional venue, Stockholm Concert Hall, which can accommodate only 1,800 guests. Instead, the ceremonies were moved to the Globe Arena, Stockholm’s enormous arena for grand occasions. It can hold 16,000 spectators. Overnight, the gigantic sports arena was transformed into a festival hall, where just two nights earlier ice hockey pucks had thumped against the rink’s rim. Now, on the evening of the awarding ceremony, 6,000 persons sat with all Laureates from former years and witnessed the initiation of the six new prize-winners into the circle. The thousands of spectators in festive costumes, men in black and white tails and women in all colors on the palette, framed together by the Nobel Prize-winners’ ancient academic robes from the world’s great universities, the flower-bedecked podium, where the King and Queen, and the six new prize-winners were the focus of attention, not only for the 6,000 attendees, but also for millions of TV spectators from around the world.

Because it is so connected with sports events and pop shows, it was not an easy decision to choose the Globe Arena as the setting for Nobel ceremonies. The decision was made only after hard discussions. But when the awarding of prizes was over, everyone was of one mind. The magic had worked. Nobel had transformed the Globe Arena into a cathedral for science and art. As the public streamed out of the building, a huge mobile crane drove into the arena where the Laureates waited on the stage for the historic photo to be taken. It was a remarkable picture of the prize-winners: just as the whole world looks up to them as the pinnacles of culture and science, now they looked up at the photographer who floated above them on the top of the crane. Those who count heads in the picture will find the number is one too many! One non-prize-winner had blended into the mass of Nobel Laureates. Who it was shall remain my secret!

The concluding festival banquet in the City Hall of Stockholm was also different. Only 1,300 persons had room there, so two additional festival dinners took place in Stockholm that evening. One was in the Grand Hôtel Hall of Mirrors, where the first Nobel dinner had been held in 1901. Then, the Nobel family served as host. The second was at the Globe Arena serving the general public which for the first time had had a chance to participate in the awarding of prizes. Through direct transmission on TV screens, everyone could follow the festival events at the City Hall. And they were even more spectacular than usual.

The Nobel Foundation had decided that the celebration should in some way place all branches of art on the highest level. So the evening became an homage to the Arts and Crafts, Music, and Dance. The four courses of the banquet were served by hundreds of servers, musicians, and singers in a sequence of festive processions that exploited a resplendency of color and flowers and made the cold of a midwinter’s night outside seem remarkably remote. The banquet tables were set with a Nobel service of glass, porcelain, and cutlery that had been crafted in great secrecy by some of Sweden’s outstanding artists, all set on specially woven pearl gray table cloths. They shimmered in the lumination of TV floodlights. No one who was there will ever forget the fantastic atmosphere of fairy tales and dreams which that evening swept into The Blue Hall – which otherwise has seen practically everything. Subsequently, there has been world-wide an enormous increase in sales of Nobel table place-setting, mementos for years to come of the most splendid Nobel festival so far.

However, the year 2001 will soon be upon us, the Centennial Anniversary of the Nobel Prizes. How will Nobel be celebrated this time? Those who survive will tell.

Translated into English by Bob Savage.