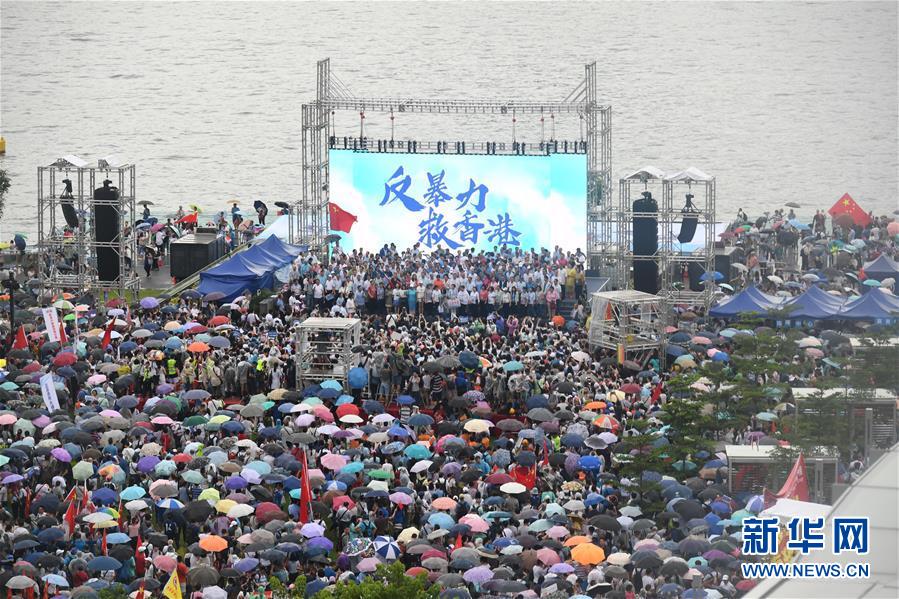 Stockholm, Dec. 30(Chineseonline.se) — The demonstrations that took place on June 9 and June 16th, 2019 were peaceful.

However, the demonstration not only didn’t stop, but escalated. By August, various violence began to take place including the destruction of offices and bank ATMs. To counter attack the violence, Hong Kong people launched a counter violence demonstration.

Many people stood hand in hand and shouted the slogan of rescuing Hong Kong.

This was a bird eye view of the demonstration to oppose violence.

Hong Kong should not be in disorder any more.

Due to the hot weather and rainy weather, umbrella indeed became a scene.

This was a peaceful demonstration against violence.

Many people in the world concerned Hong Kong’s situation and held demonstrations themed Insisting on One Country Two Systems and opposing Hong Kong’s violence and riot.

On September 9th, overseas Chinese in Sweden held a rally in Sergeltorg to demonstrate their attitude to stop violence and resume social order while calling on students and citizens in Hong Kong to love and protect peace and stop violence.

They also demonstrated their attitude beside the parliament to call on Hong Kong students and citizens to stop violence. Whatever you do is ok, but not do it in violent way, said one participant.