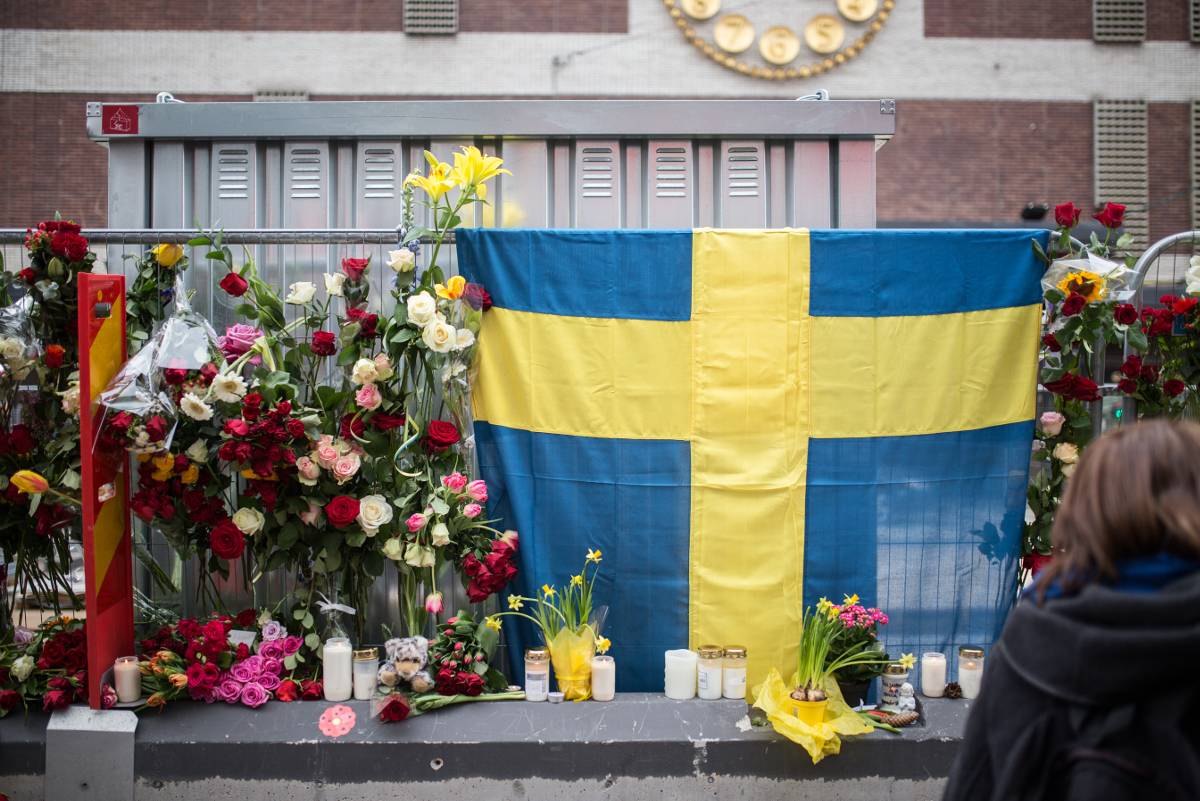 Chinese Premier Li Keqiang has sent condolences to Swedish Prime Minister Stefan Löfven for those who died and were wounded during a terror attack by driving truck in the walking streets in Stockholm city center on Friday afternoon.

Today a lot of people went to the street of Drottninggatan to lay flowers there and formed a flower wall.

Swedish King said Sweden has been, is and will be a free and safe country.

Swedish Crown Princess Victoria and her husband Prince Daniel also went to the city center to lay flower with tears in her eyes.

A lot of people went there and Stockholm Mayor Karin Wanggrai also went.

Riksdagspolicechef Dan Eliasson said the suspect which was arrested last night was a Uzbek and 39 years old.

Terror expert Magnus Ranstorp said he might have relations with IS since Uzbekistan used to be a base for Bin Laden’s follower.

The whole country has lowered the flag to half mast.

It is a mourning day.  4 people were killed and 15 people were wounded in the terror attack when the masked man hijacked a truck and drove along the Drottninggatan and rammed the Ahlens Department Store.