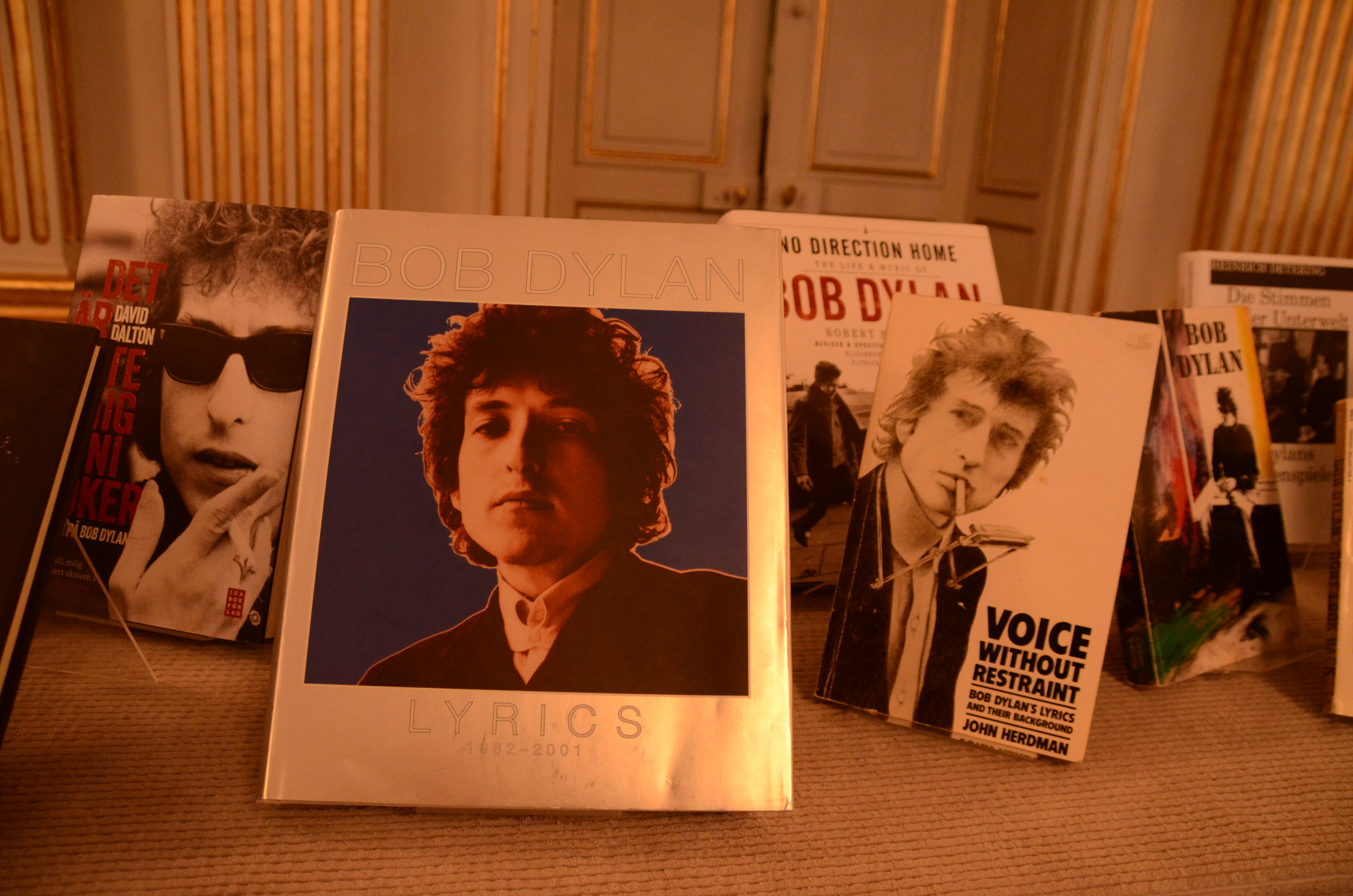 Banquet speech by Bob Dylan given by the United States Ambassador to Sweden Azita Raji, at the Nobel Banquet, 10 December 2016. 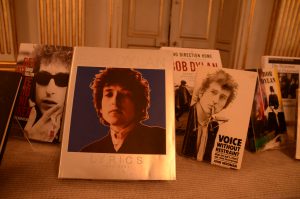 Good evening, everyone. I extend my warmest greetings to the members of the Swedish Academy and to all of the other distinguished guests in attendance tonight.

I’m sorry I can’t be with you in person, but please know that I am most definitely with you in spirit and honored to be receiving such a prestigious prize. Being awarded the Nobel Prize for Literature is something I never could have imagined or seen coming. From an early age, I’ve been familiar with and reading and absorbing the works of those who were deemed worthy of such a distinction: Kipling, Shaw, Thomas Mann, Pearl Buck, Albert Camus, Hemingway. These giants of literature whose works are taught in the schoolroom, housed in libraries around the world and spoken of in reverent tones have always made a deep impression. That I now join the names on such a list is truly beyond words.

I don’t know if these men and women ever thought of the Nobel honor for themselves, but I suppose that anyone writing a book, or a poem, or a play anywhere in the world might harbor that secret dream deep down inside. It’s probably buried so deep that they don’t even know it’s there.

If someone had ever told me that I had the slightest chance of winning the Nobel Prize, I would have to think that I’d have about the same odds as standing on the moon. In fact, during the year I was born and for a few years after, there wasn’t anyone in the world who was considered good enough to win this Nobel Prize. So, I recognize that I am in very rare company, to say the least.

I was out on the road when I received this surprising news, and it took me more than a few minutes to properly process it. I began to think about William Shakespeare, the great literary figure. I would reckon he thought of himself as a dramatist. The thought that he was writing literature couldn’t have entered his head. His words were written for the stage. Meant to be spoken not read. When he was writing Hamlet, I’m sure he was thinking about a lot of different things: “Who’re the right actors for these roles?” “How should this be staged?” “Do I really want to set this in Denmark?” His creative vision and ambitions were no doubt at the forefront of his mind, but there were also more mundane matters to consider and deal with. “Is the financing in place?” “Are there enough good seats for my patrons?” “Where am I going to get a human skull?” I would bet that the farthest thing from Shakespeare’s mind was the question “Is this literature?”

When I started writing songs as a teenager, and even as I started to achieve some renown for my abilities, my aspirations for these songs only went so far. I thought they could be heard in coffee houses or bars, maybe later in places like Carnegie Hall, the London Palladium. If I was really dreaming big, maybe I could imagine getting to make a record and then hearing my songs on the radio. That was really the big prize in my mind. Making records and hearing your songs on the radio meant that you were reaching a big audience and that you might get to keep doing what you had set out to do.

Well, I’ve been doing what I set out to do for a long time, now. I’ve made dozens of records and played thousands of concerts all around the world. But it’s my songs that are at the vital center of almost everything I do. They seemed to have found a place in the lives of many people throughout many different cultures and I’m grateful for that.

But there’s one thing I must say. As a performer I’ve played for 50,000 people and I’ve played for 50 people and I can tell you that it is harder to play for 50 people. 50,000 people have a singular persona, not so with 50. Each person has an individual, separate identity, a world unto themselves. They can perceive things more clearly. Your honesty and how it relates to the depth of your talent is tried. The fact that the Nobel committee is so small is not lost on me.

But, like Shakespeare, I too am often occupied with the pursuit of my creative endeavors and dealing with all aspects of life’s mundane matters. “Who are the best musicians for these songs?” “Am I recording in the right studio?” “Is this song in the right key?” Some things never change, even in 400 years.

Not once have I ever had the time to ask myself, “Are my songs literature?”

So, I do thank the Swedish Academy, both for taking the time to consider that very question, and, ultimately, for providing such a wonderful answer.

My best wishes to you all,